Local resident Emdad shares some of his experiences living in Poplar, and explains why he thinks it's a place of opportunity for young people.

Day of the Girl

Poplar, a thriving vibrant community, is located in the south of Tower Hamlets.

Many people expect that children living in Poplar to not be as achieving and have as many opportunities than those living outside of Tower Hamlets may have, but they are wrong. 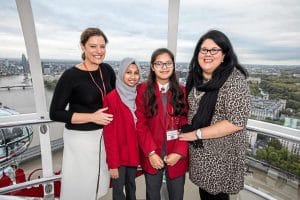 For example, Mehjabin Islam, aged 13, was chosen along with 8 other students on 11th October 2017 to represent Swanlea School in the Women of the World Festival in the Southbank Centre, and around the world as part of the International Day of the Girl. She was one of merely 180 schoolgirls from around London to be mentored and be given valuable advice from inspirational women of various professions.

On the London Eye, she spoke to Miriam González Durántez, a lawyer who is also the wife of Nick Clegg, the former Deputy Prime Minster of the UK. Also she was mentored by Jessie Cave, an illustrator that starred in Harry Potter; Amy Lamé, London Night Czar and writer and Jude Kelly, the founder of the WoW movement herself. This student also made an appearance on the Evening Standard.

So why is this everyday girl so relevant here? Because she lives in Poplar and is open to many, many opportunities, whether it is in her school or even the community.

In fact, Poplar has by far the best activities for children and teenagers. This can be extra-curricular sessions in your local centre, or taking part in programmes in the nearest Idea Store. For those who are older, you can volunteer and gain useful experience.

Take advantage of all the opportunities that are present to you, and don’t let the opinions of others take over. Why not?

Now with Halloween over and the cold weather arriving, the time for ice cream is clearly over. 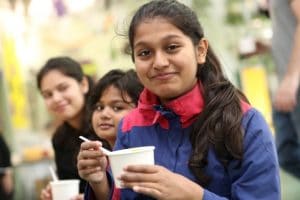 However, children of all ages and their parents were inspired to keep warm by cooking their own warm food. On the 24thof October, several families chose from a vast array of ingredients for the base of their very own soup in Mile End Play Park. These ingredients included: caramelised onions; leeks, melons, garlic paste, potatoes, lentils, carrots and much more: an entire large table was full. While it was being cooked, the families either enjoyed some freshly made butternut squash soup with fluffy bread or played outside.

Why not take part one day? Cooking sessions as such take place all year round, varying from shop-style pizza to Christmas cookies. Half an hour slots are free and pre-book if necessary. More details can be found on www.towerhamletsarts.org.uk.