Poplar suffered heavy bombings during both World Wars because of its proximity to the docks. On June 13th 1917, 18 children were killed by a bomb dropped on their school from a German aeroplane. This statue was erected by public subscription to commemorate the children from Upper North Street School who lost their lives. At the funeral, mourners placed more than 600 wreaths around the statue. King George V even wrote a personal note to be read out during the service. 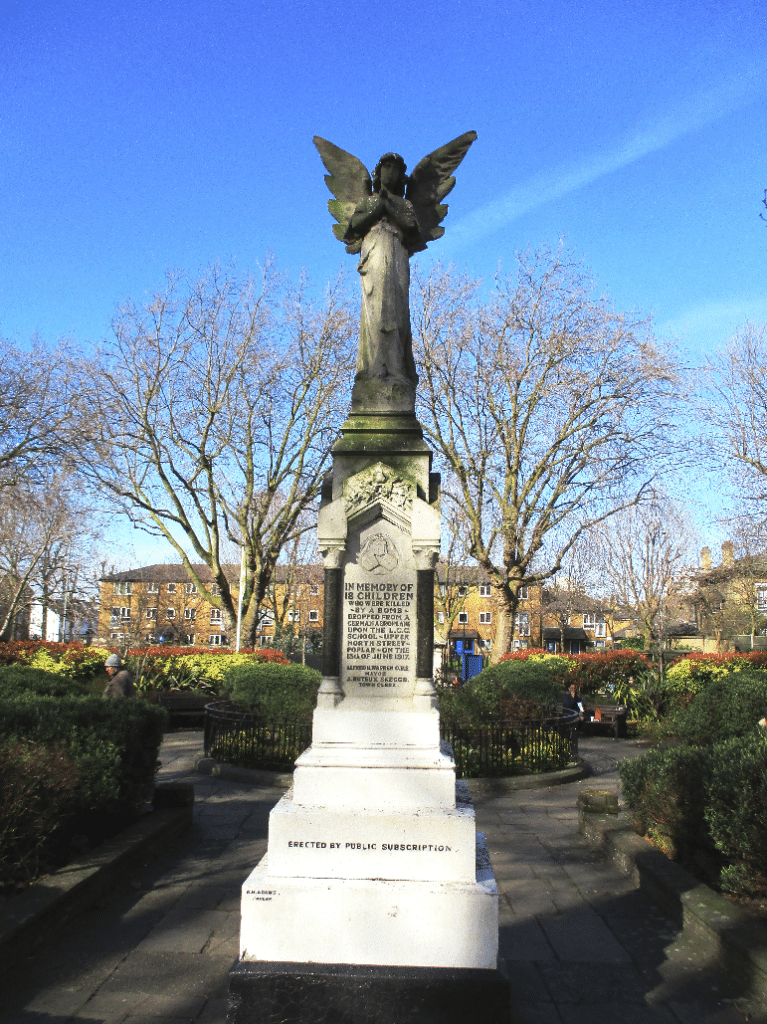