As you enter Langdon Park from the DLR station, you’ll see a life sized bronze statue throwing a left jab – meet Teddy Baldock, the ‘Pride of Poplar’. Back in 1927 at the age of 19, Teddy became the youngest Brit to become a World Champ, and he still holds that record today. In his prime he could fill the Albert Hall, and received the Freedom of the Borough from the Mayor of Poplar.

The diminutive Bantam weight was forced to retire through injury by the age of 24, and although always a hero in Poplar, by his death in 1971 he was reportedly penniless.

The memorial was statue was erected in 2014 not far from his childhood home, after fundraising by his grandson. 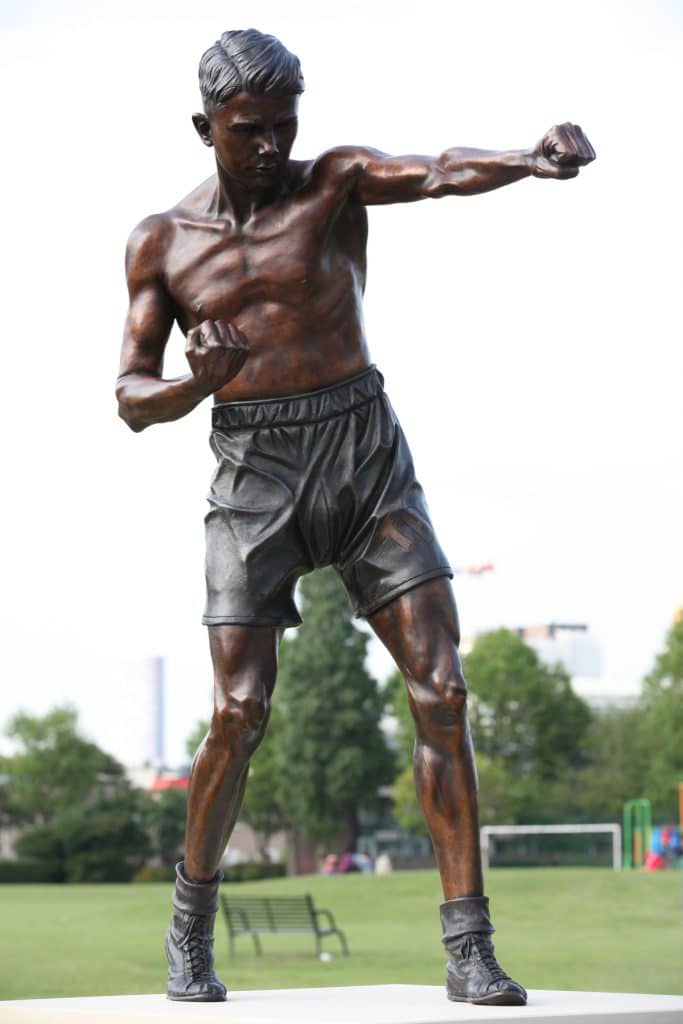