On your way from Poplar Rec to Poplar DLR Station, look out for the Rates Rebellion Mural on Hale Street.

The mural was painted by Mark Francis in 1990 to commemorate the 1921 Poplar Rates Rebellion where 30 councillors were imprisoned for refusing to raise poor taxes. On the mural, the placards read ‘Can’t Pay, Won’t Pay’.

The Poplar Rates Rebellion in a nutshell…

In 1919 there was high unemployment, hunger and poverty in Poplar. George Lansbury and his Labour Council tried to bring in a number of social policies to improve conditions for the poor. But to cover the costs of helping the impoverished population, in 1921 the London County Court demanded the labour council to raise taxes.

Lansbury and his councillors refused, and decided to set an even lower tax rate for their people. They organised a rally in August attracting massive support from Trade Unions. As punishment, 25 men and 5 women from the Council were imprisoned in Brixton and Holloway jail. When they were released 6 weeks later, a new act was passed for a fairer system. 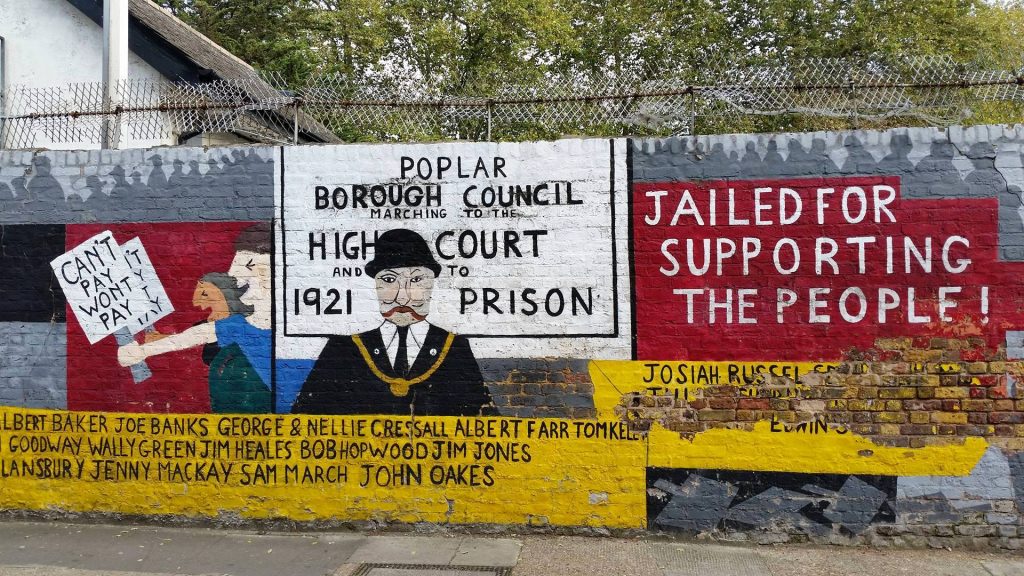