Around 2002, a new music genre emerged in East London. Angry, loud and unapologetic, grime gave a voice to young people who had struggled to make their voices heard.

Today, the spirit of grime is still very much alive in Poplar. On June 8th this year, an astounding 72% of 18-24 year olds headed down to the polling station to make their voice heard. Many in Poplar and Limehouse constituency voted for the first time – perhaps inspired by the Grime 4 Corbyn artist movement to increase young voter turnout.

So what brings grime music and young voices together?

At the Spotlight Centre in Poplar, REPREZENT radio and Lovebox festival are running a 12 week radio training course for aspiring young DJs in the area. Last week, I was invited down to the creative youth space to find out what it’s all about… 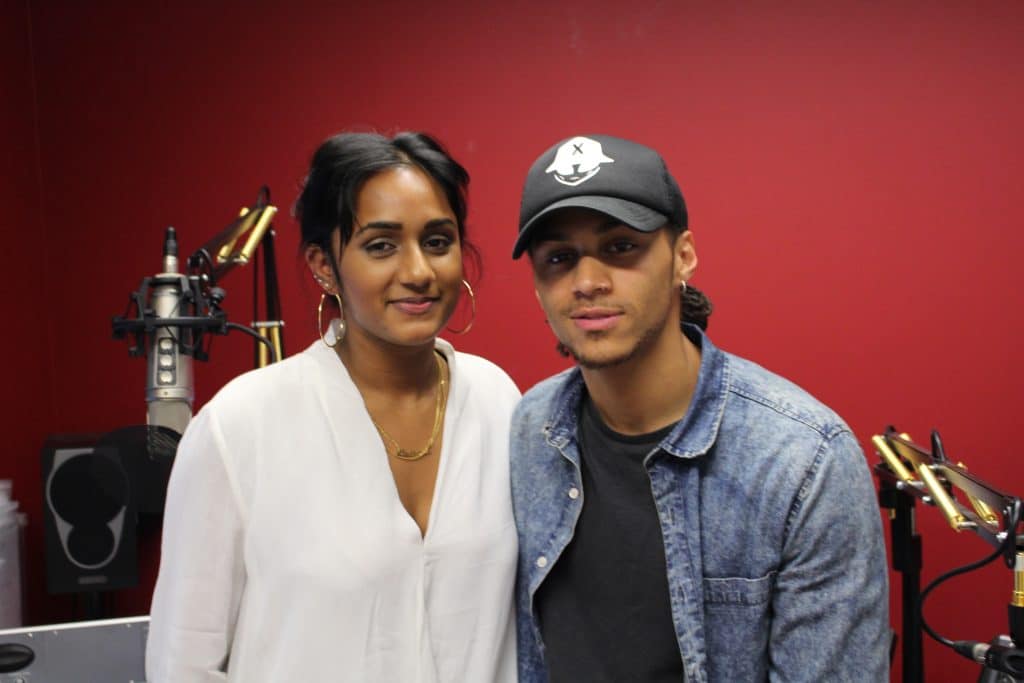 The timing couldn’t have been better. After almost 3 months on the programme, the young radio trainees were putting their training into practice – a once-in-a-lifetime interview with Bluey Robinson from UK collective The Fedz and Raheem Bakare, MOBO’s ‘one to watch’, who are both playing at this year’s Lovebox festival in Victoria Park. 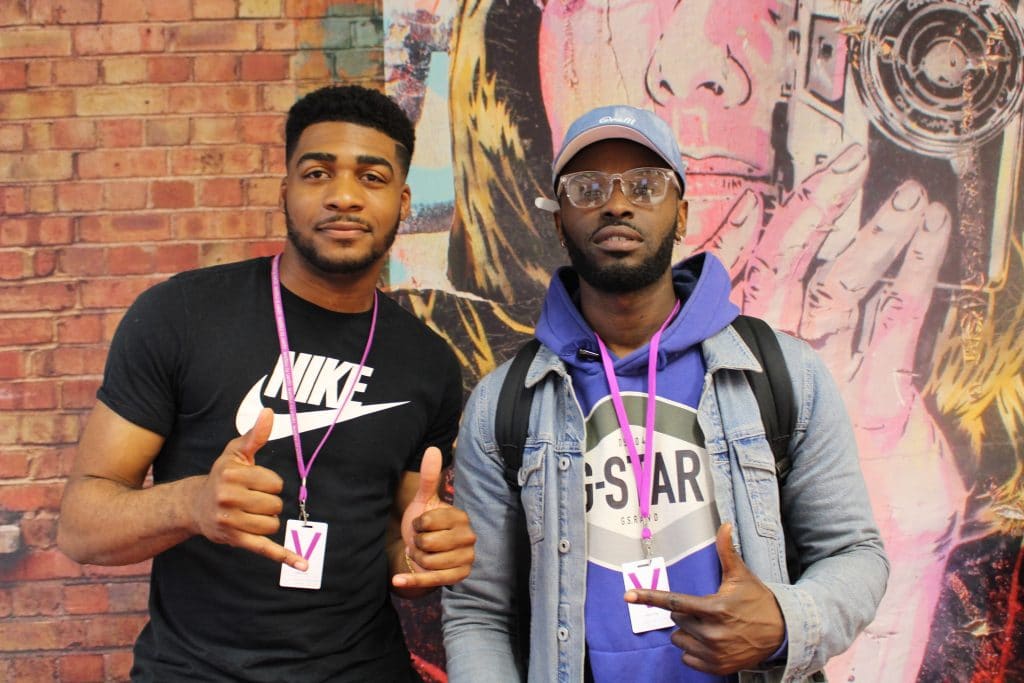 Having learnt the basics and some more advanced techniques of producing radio, what a great way to put their new skills to the test.

I spoke to Naomi Julien (one of the trainees) afterwards.

“It was an amazing opportunity to interview an actual artist. We had time to research and ask REPREZENT mentors for guidance, but within 30 minutes we were in the studio in an interview experience. Many courses don’t actually apply the training this way and it was great how we were put into such a realistic situation which has only inspired me further. I want a future in music and radio.” 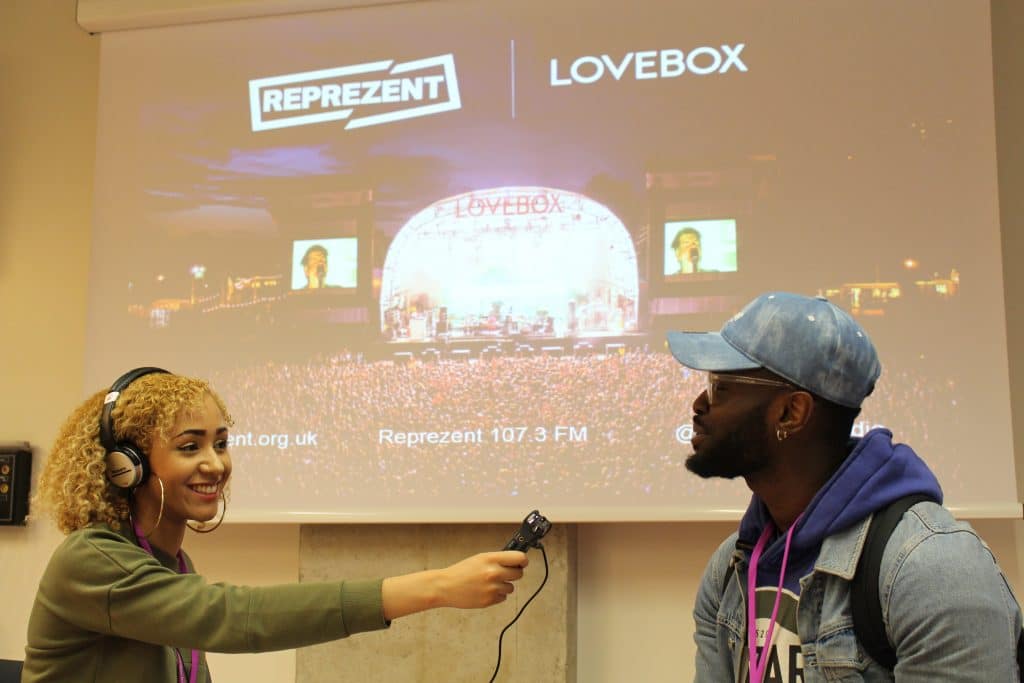 When Naomi finishes the course in July, she and the other trainees will have the opportunity to join REPREZENT’s London broadcast team and take part in ongoing promotional activities – like assisting the live backstage broadcast from Lovebox. Who knows, they might even be the next Stormzy!

If you haven’t heard of REPREZENT, the station describes itself as a place where you are as likely to hear exclusive grime performances from artists such as The Square or YGG, as chats about dabbing or the local Morley’s chicken deals! In the 6 years since the station was introduced, it has spotted and elevated grime stars such as Lady Leshurr, Stormzy and Novelist, whilst also incubating fresh talent such as Jamz Supernova, Mim Shake and Kenny Allstar (all now at the BBC).

Give it a listen here. Or – even better – catch the live broadcast from Lovebox festival July 14th and 15th.