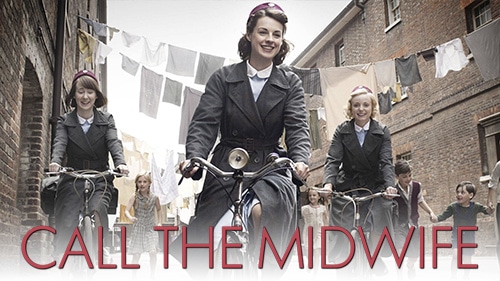 Poplar’s not only famous for its pie’n’mash, it has loads of hidden pockets of history.

Did you know that Poplar was the first place in the UK to have concrete tower blocks? Or that the best BBC TV series ever Call The Midwife is based on true stories in Poplar from the memoirs of Jennifer Worth? Nope, nor did I – until I went on a Call the Midwife tour (yes, such an awesome thing exists!) around Poplar.

I found details of the tour at londontownwalks.com, as one of tour guide Ian Porter’s 56 London tours. I’ve put together a few hotspots from the walk which you can follow yourself (it’ll take around an hour), with some fabulous snippets of Poplar history from the CTM time period. 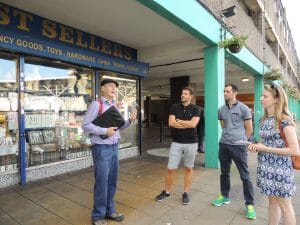 Us with tour guide Ian!

Hugely popular in the 1950s, the first tour stop devastatingly became a bombsite in the war. CTM characters Meg and Mave (the identical twins who shared a husband) were stallholders here.

Walk from Chrisp Street along Brownfield Street into Lodore Street, and you’ll find: 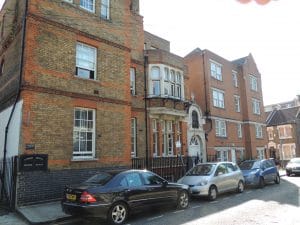 Nuns lived here to educate poor, unmarried women with children on topics such as money and childcare, and offered a soup kitchen and free lawyer service. Non-Nun midwives also joined in 1947, after the NHS was founded. Carry on down Lodore Street into Follett Street (where the first aerial bomb landed in WW1), then cross to: 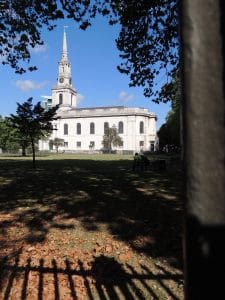 All Saints’ was built in 1817 when Poplar was made an official parish, and features the first ever adjustable pulpit in the world! It was the main central church for all community events, such as the Boy Scouts in CTM. A DV2 rocket destroyed the church in the war, but it was rebuilt in 1950.

Opposite the church you’ll find Montague Place. These houses are typical of the Regency period, featuring large windows allowing lots of light for the wealthy owners.

Carry on down Poplar High Street and take a quick look at the side street named:

CTM characters Conchita and Lee Warren lived here. Despite the fact that they both spoke different languages, they had a happy marriage together with 25 children! Along Simpsons Road are the beautifully named: 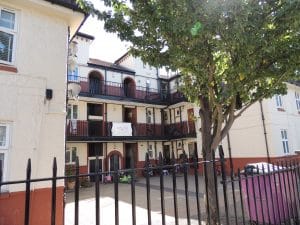 These are a hidden historical gem. Their wonderful architecture includes the courtyards which were used for communal washing and general community activities – typical living habits of the CTM period.

Head back onto Poplar High Street and past Poplar Town Hall (which was built in the 1880s for a whopping £10,000) and continue on to the final destination: 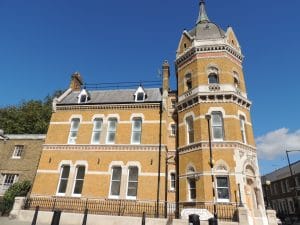 Tower Hamlets College and surrounding buildings (just down the road), used to be the Poplar Workhouse, where young children from poor families would be sent to work.

This is a fitting place to end the tour as it is where the second book in the Midwife Trilogy, Shadows of the Workhouse, is based.